Supercharging Your Saving with Financial Experiments 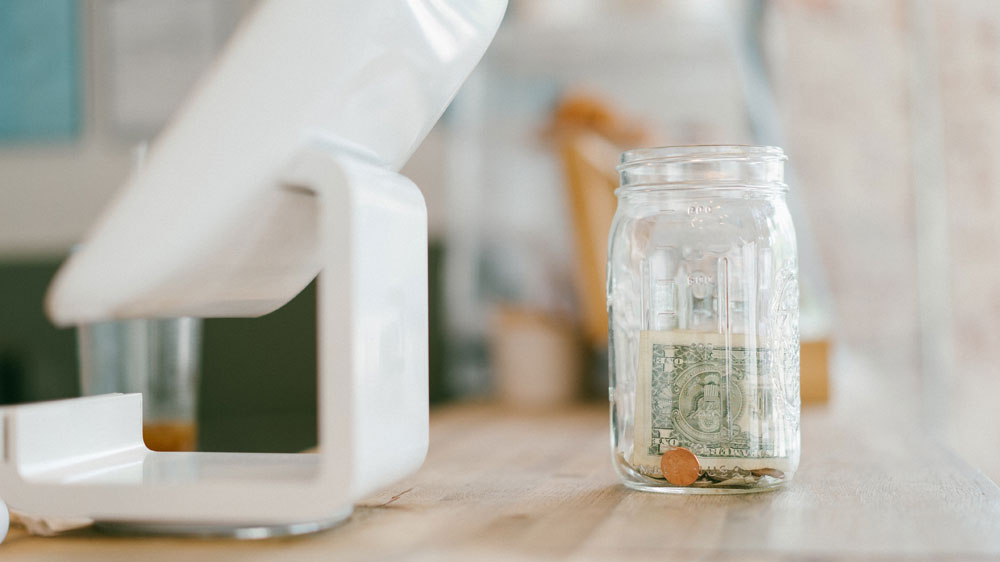 Are you looking to save more money? You don’t need a budget, but what you do need to do is start experimenting with your life to find what works for you and what makes you happy. This post is a guest post from CityFrugal about his experiments and the results leading to a nearly 50% savings rate.

Shortly after I graduated from college, I arrived in San Francisco to start a new job. One of the most significant adjustments from my cross-country move was rent prices. My half of a two-bedroom apartment cost $1695 per month. Before I moved, I paid $475 a month to live in a large house, so sticker shock didn’t even begin to describe what I was feeling – it was sticker electrocution.

Even worse, rent was going to eat up more than half of my take-home pay. I had a little savings cushion, but I wasn’t making a lot of money. If I wanted to pursue financial independence, I was going to have to get creative.

I didn’t know where to begin. Big change seemed daunting, so I started tinkering.

Over the next few years, I noticed some impressive results. In fact, I watched my expenses decrease as my life improved.

Encouraged by my progress, I started doing more conscious testing a couple of years ago. What if I cut down my spending in one area and reallocated it to another – would that make me happier? What if I automated my savings plan rather than manually adjusting it month-to-month? Would it be worthwhile to “waste” money and buy time?

I’ve lost count of the experiments I’ve conducted since those first days in San Francisco. The results are clear: I’ve saved between 25% and 47% of my annual income for the past eight years. Most importantly, I made sure the money I do spend makes me happy.

None of this came from an epiphany, a lifehack, or One Weird Trick. I’ve just stacked up small win after small win for years. Over time, these small wins can be life-changing.

The Experiments That Changed My Life

My life today is the result of hundreds of little tests. Not all of them were successful. Most of the ones that were successful improved my life incrementally.

But there have been a few experiments that have turned into something bigger – much bigger. These three experiments have saved me more than $100,000, made me better at my job, and improved my happiness.

In other words, these little experiments changed my life. Maybe they’ll change yours, too.

I Made Walking My Primary Mode of Transportation

After months of suffering through delays, traffic, and angry commuters on the crowded San Francisco bus system, I decided to move to an apartment where I could walk to work.

It was a bit of a challenge to walk through biting wind on the infamous San Francisco hills. Still, I found that I arrived at work each morning calmer and happier. Meanwhile, I avoided significant transit headaches and got some exercise.

After realizing how happy walking to work was making me, I tried walking more places. I would stroll to the water at Fort Mason on the weekends or walk to my friend’s apartment across town.

Switching to a walking-based life is the single most significant lifestyle upgrade I’ve ever made. You learn the ins and outs of your area. You get in touch with the city and the people around you. You soak up the ever-changing ecosystem in which you live.

By walking for most of your trips away from home, you also save a lot of money.

I still take taxis or the subway occasionally, but walking is now my primary mode of transportation. By walking (almost) everywhere, I’ve saved $2,500 per year versus my friends and coworkers.

I Made the Grocery Store My Primary Source of Food

When I moved to New York, one of my coworkers told me, “Everyone uses Seamless here – grocery stores are so expensive that it’s cheaper to order food than to make it yourself.”

I started my time in New York with an avalanche of delivery orders. I was ordering meals four or five times a week. Each meal was reasonably low cost, but they added up.

I was making more money than I had in San Francisco, but I was saving less of it.

Fed up with the price tag of my restaurant meals, I decided to browse the grocery store and check out the prices.

I was astonished. Everything was so cheap. I walked out with enough food to feed me for three full days – meals that would have cost over $100 to order from nearby restaurants – and paid $30 for it.

Since then, I’ve put my tinkering to use at the grocery store, to tremendous effect. Today, I cook all my breakfasts and lunches, plus about half of my dinners.

My average homemade meal costs about $4 versus a Seamless equivalent order of $15. This simple habit has saved me thousands of dollars per year.

I Learned to Win the Morning

In my early twenties, I turned up my nose at the idea of routine. I was young, (relatively) successful, and living in a fantastic city. Why should I limit my options each day?

Maybe I’m boring now, but I understand what I was missing.

I tested my first morning routine five years ago. That iteration included a morning run, breakfast, and guitar playing before beginning a stressful workday.

I’ve made dozens of adjustments to it since then, but my morning routine has become the bedrock on which my life is built.

In my current morning routine, I have time to write, exercise, and reflect. I start my workday centered and happy, spending zero dollars for the privilege. My morning routine has cut more than five years off of my working career.

I’m always surprised to learn that my friends and coworkers don’t have mornings like this. Theirs are more free form, less fulfilling, and often far more expensive.

Enter the Lab for Your Own Personal Experiments

For you to become successful, I suggest you start doing tests and experiments in your life.

Your mileage will vary with each of these experiments – the tests with the most impact will be the ones you choose for yourself.

How can you conduct similar experiments and get a taste of this life-changing magic? There are a few steps to take:

1. Start with Your Pain Points

Some pain points are unavoidable – e.g., high rent or student loans – but others are instructive. Removing negatives is one of the most powerful ways to increase your happiness, so it makes sense to start with those.

If you’re spending more than you’d like on Amazon, you might consider a test to reduce that spending. You could remove the app from your phone for a week or cancel your Prime subscription for a month.

You should also consider things that frustrate you in daily life. I hated my bus commute in San Francisco, so I figured out a way to skip the traffic and the crowds altogether. I was unhappy with my food spending in New York, so I tested ways to reduce it.

Where does your money go today? What frustrates or upsets you about your daily life? What negatives could you remove? Start there.

Once you have ideas of things to try, you’ll need to set up an effective test. No matter what you’re testing, there are a few critical elements to any good experiment:

3. Don’t be discouraged if an experiment doesn’t work.

Don’t let one failed experiment keep you from trying again. If an experiment fails, that doesn’t make you a failure. Remember: you’re the scientist, not the experiment.

Success and failure aren’t short-term metrics. We try to measure them daily or weekly, but their timelines are years and decades. The magic comes from systematically testing throughout your life.

Whether you’re initially successful or not, experimentation is an iterative process. The value comes from repeated trials.

If you cut spending on things you don’t care about to fund something you love, what are other areas where you could apply that logic?

If you saved money by insourcing a chore, what else are you outsourcing that you could do at home?

If you simplified your life by automating your savings, what else could you automate to make your life easier?

These are the questions to ask yourself. It takes work to think like a scientist, but once you make the shift, experimenting becomes fun.

1% improvements or a few dollars saved may not look like much in the short run, but it adds up over time. As Emerson reminds us, this is what life is all about.

“All life is an experiment. The more experiments you make the better.” -Ralph Waldo Emerson

David writes about how to design a remarkable life from first principles at cityfrugal.com. Want to learn more about how to treat your life as an experiment? Sign up to receive CityFrugal posts and subscriber-only bonus content in your inbox.