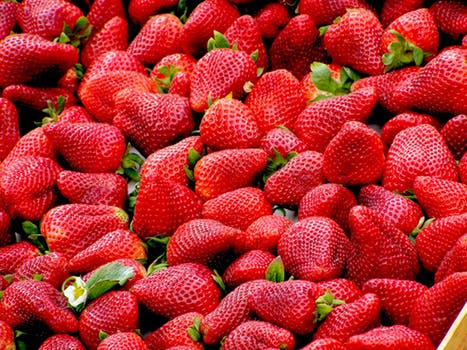 Today, I have a guest post from a special friend: The Grounded Engineer. The Grounded Engineer has been on the financial independence path for a few years now and has amassed a solid portfolio before 30 years old. In this post, he is going to share with us how furthering his education has affected his income, savings rate, and investment portfolio for the future.

Thanks, Erik for having me on to guest post today. I tailored my post based on the inspiration I get from reading your blog. I’m thoroughly impressed with what you’ve been able to accomplish at such a young age. Specifically, increasing your income close to 6 figures, purchasing a rental property right out of college and making a nice income from it, and watching how you set goals and tackle the goals you set are awesome feats.

As a fellow math/engineering nerd that has about 5 years on you, I want to discuss my journey for increasing my income and how a high savings rate coupled with a high income is an ideal recipe for achieving financial independence.

The role of education on income

I’ve experienced a strong correlation between my education and my income. Let me walk you through myjourney of how I ended up in my current position as a Technical Sales Engineer.

I started working at age 12 or 13 picking strawberries. I got paid by the pound of strawberries picked and because I’m a naturally competitive person, I did quite well.

Also, getting paid was great.

Picking strawberries in Wisconsin is a seasonal job. After strawberry season, I had to go out and find a full-time job. I landed a job at a catering company as a jack of all trades. I washed dishes, served food, and mowed lawn – I did pretty much anything that was asked of me. My starting pay was a whopping $5.15/hour until I turned 18, when I got a raise up to $6/hour.

Now, at the time, I worked hard because that was how I was raised. I wasn’t trying to increase my income; honestly, I worked hard because I wanted to get more hours and with more hours, I would make more money. The thought of asking for a raise never crossed my mind. I held this job for about five years and eventually left after going off to college.

As I finished up my senior year of high school, I contemplated becoming a math teacher or electrical engineer. I took an electronics class my last semester of high school and I really enjoyed it. Additionally, I found out that I was accepted into the Technology Institute (engineering school) at the University of Minnesota. This meant that I didn’t have to start in the College of Liberal Arts and apply for the Institute of Technology after my freshman year. This made the decision to pursue electrical engineering easy.

I graduated in 2010 and the job market was still pretty soft. I could have stayed on as an intern at the COOP position I had. But, I also received two job offers. One job was for an Electrical Engineering position at a company that makes hearing test equipment. The second job offer was a Sales Engineer position with a small manufacturer’s rep.

A manufacturer’s rep is a sales company that companies hire as their sales force in a given territory.

I really had no idea if I would be good at sales, but the job sounded exciting and the people were more upbeat than the hearing test equipment company. Also, the offer at the manufacturer’s rep was about $2k more in salary per year.

So, I took the Sales Engineer job! The salary was in the range as a normal engineering position, which at the time was in the $55k – $65k range.

In addition to a nice starting salary, the sales position had the upside for quarterly bonuses. Interestingly enough, a friend of my wife’s minored in Engineering Sales – a minor I never knew existed. Check out Iowa State’s program here.

The college education definitely paid off. I increased my salary almost 40% with my first post-college job.

Leaving my job in less than a year and then coming back!

I really enjoyed the Sales Engineer position. But I also enjoyed the company where I had my COOP position (even though they were not able to offer me a full-time job). After about 10 months working as a Sales Engineer, I received a call from my old boss at the COOP informing me they had a full-time engineer spot open and they wanted to know if I had interest.

This was a very difficult decision for me…

I decided to switch jobs because I wanted to try my hand as a real life, full-time Electrical Engineer. Now, I’m sure you’re thinking: typical Millennial. Switching jobs to increase your salary.

Well, I actually took a little bit of a pay cut switching jobs, which is not common.

I enjoyed my Electrical Engineering job, but I didn’t like the miniscule raise I received at my yearly review, even with high remarks in every area I was scored in. Right around the same time I had my yearly review, the manufacturer’s rep company had come back asking if I was happy and if I wanted to return to sales…

One thing that I should mention is the significant amount of student debt I had after graduating college. I finished undergrad with my electrical engineering degree, very little money saved up, and roughly $65k in student debt.

I am proud to say that I did have a plan to pay down my student loans. Many of my friends strung out their payments over 30 years, meanwhile, I had a plan to pay off my debt in 10 years or less.

Getting back to the job decision – stay in a design engineering role or switching back into technical sales. It was almost two years that I had been out of college and aggressively paying down my student loans. By now, I realized that the more money I could make the more I could put toward my student debt.

I vividly remember going to a local coffee shop to meet my old boss from the manufacturer’s rep company and discussing pay. I recall fighting for a high salary because I knew if I worked hard the bonus part of the package could have significant upside.

By the end of the discussion, I was able to negotiate a sizeable salary increase and within a year and a half, I had increased my total income by almost 40%… for the second time in my career!

After being back at the manufacturer’s rep company for two years, I decided I wanted a more formal training on the business side of things. The typical path that most people in my shoes would take is to pursue an MBA.

Instead, I found a more technical program called Management of Technology. Basically, this is a fancy name for an MBA that is tailored for folks with an engineering background and are looking to couple the technical and business side of things together. This program was great and it positioned me to move into Sales Management in the last year and a half.

I started school about three years ago and I graduated last May (2016). During this time, my income has increased almost 30%. I’ll let you run the numbers to get a rough estimate of where that puts me 🙂

If you are pursuing financial independence, you know that you need to save your money. The best way to save you money is to not spend it on useless things. You can really crush your pursuit of FI if you combine saving money with a high income.

Don’t follow the norm of saving 10% of your income. Break out of what is considered normal and start saving a significant amount of your income. If you are in debt, develop a plan to eliminate your debt so that you can start to save more. Create a debt snowball or avalanche plan. Once you eliminate your debt, take what you were paying each month for debt and start to save.

Trust me, your nest egg will start to grow and it will grow quickly.

In December of 2015, I was introduced to the FI community by Scott Alan Turner. I followed the debt snowball method and I paid off $97k of debt (student and car loans). Once the debt was paid off, my family took that debt snowball payment and applied it to savings/investments each month.

I turn 30 in a couple weeks. My family is on track to achieve FI in our late thirties and we are still discussing what our plans will be when that day comes. I really like the idea of giving back and going into teaching. Teaching allows me to continue to earn an income, save, let my investments keep growing, and taking the summers off to spend with my family.

So readers, did pursuing a higher education degree help increase your income?

Thanks again, Erik for letting me write this guest post for your audience. You can check me out on Twitter, Facebook, and over at my blog The Grounded Engineer.