The Earth is a Closed System 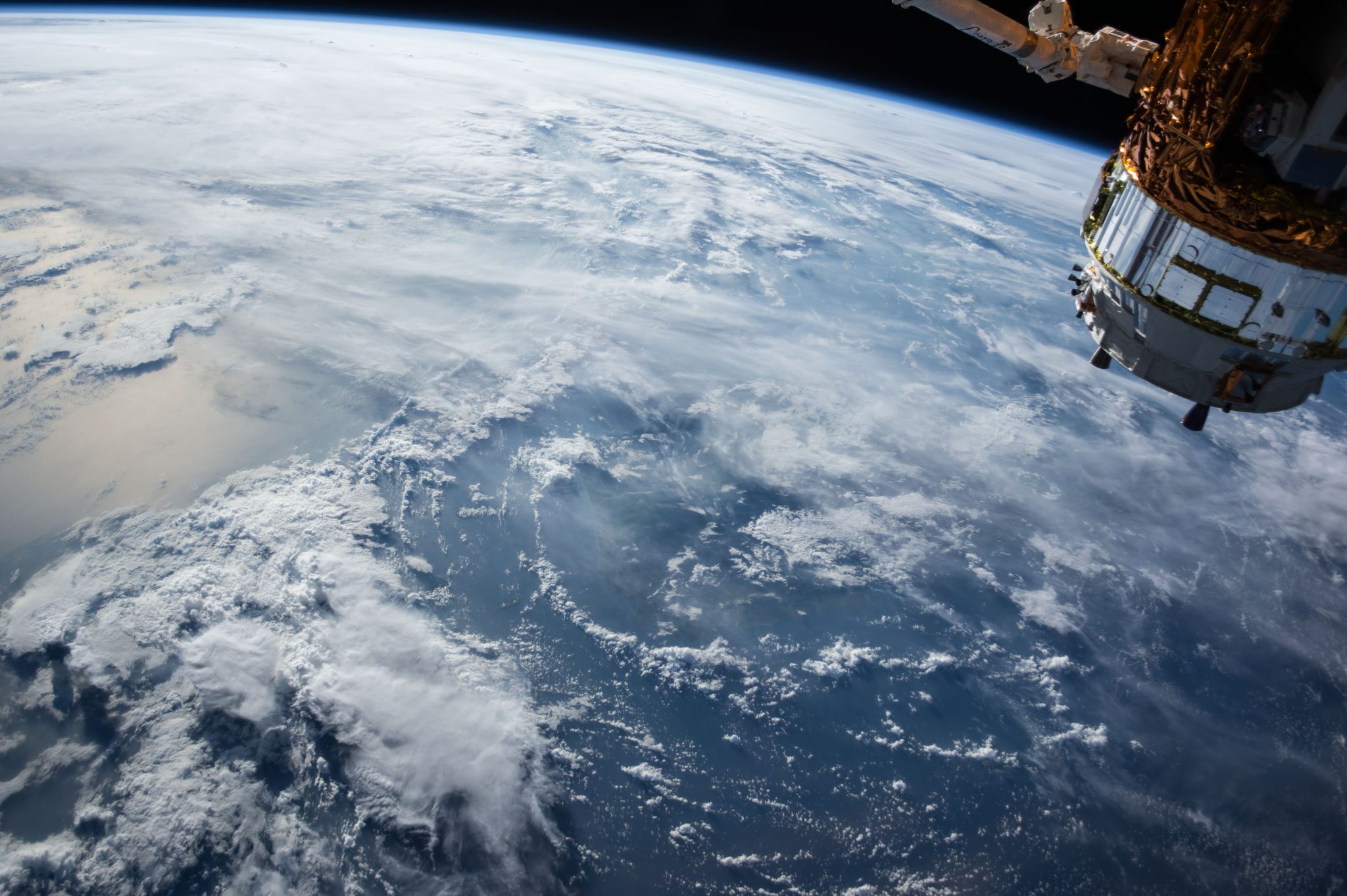 In this post, I’ve decided to embrace my non-traditional and alternative thoughts on the personal finance space and talk about a number of things that I’ve been battling with internally about money, the markets and investing. This is the first post in this series, and will set the stage for several posts to follow.

One of the principles of living with an abundance mindset is that the world is infinite in possibilities. In the 21st century here in the United States, people have never in their history had the freedom that we do now to do what we want with our time and money.

Want to go across the country tomorrow? It’s a possibility – get an airplane ticket and you are there! Something to eat? Head down to the grocery store or your favorite restaurant and you’ll be fed! Air conditioning on a hot day, or heat on a cold day? Spin the dial and comfort awaits!

Why am I bringing this up?

Unfortunately, this freedom is expensive, from monetary, environmental and energy perspectives.

I’m pursuing TRUTH and will not stop short of it.

In this first post, I’m going to discuss a topic so frequently ignored and touch on the surface of some of the consequences of this ignorance.

The Earth is a Closed System

I’m sure this is an obvious statement to you: the Earth is a closed system.

Humans know the dimensions of the Earth (diameter of 7,900 miles) and have pictures of the entire planet from space.

In other words, you could say that the Earth is finite.

In mathematics (namely, number theory), finite sets are a collection of things which can be counted and the count of the collection is finite (less than infinity). Subsets of a finite set are finite as well, and are not infinite.

Why do I bring this up?

Something that is so frequently ignored by economists, journalists, personal finance experts, investors, and politicians is that the Earth is finite and limited.

Because the Earth is finite and limited, there are a few things that cannot be limitless: population, man-made energy, and money.

Population Dynamics in a Closed System

In a biology class in high school or college, you may have learned about population dynamics.

In a closed system, the population of individuals is governed by following differential equation (from Wikipedia):

The solution to this equation is the following:

The picture of this equation is the following:

At the beginning of time, the growth is fast, and as you come up to the carrying capacity of the system, the growth slows.

The carrying capacity is a level such that the environment can sustain indefinitely, given the food, habitat, water, and other necessities available in the environment. The carrying capacity is a dynamic number based on technology, weather, and a number of other factors, but this number is always a finite number (because of the closed system assumption).

While this is great in theory, how is this playing out in the real world?

Population Dynamics in the United States

I live in the United States, so it’s natural to start there.

Here’s a graph of the United States population over time:

Over time, the population in the United States has grown, and since 1950, has more than doubled.

If you are paying attention, you’ll recognize something that’s a little off. The United States is not a closed system.

While performing my research for this post, I found some information on immigration and people leaving the United States, but to perform a thorough analysis, I’d have to come up with some sort of cohorting methodology which would be outside of the scope of this post anyway…

What I did find is that the growth of the core population of the United States (ages 15-64) is declining and leveling off over time:

The population continues to go up, but the core population is going down? Well, the majority of the change and growth in the population in the past 30-50 years is due to immigration.

What does this point to? A maturing population in a space approaching it’s carrying capacity? I’m not sure the exact reasons, as I’m not an expert on population dynamics, but from our thought exercise, it would seem that the United States population has matured and has reached stability (ignoring immigration).

But why… we will get to that in a little bit. Let’s talk about population dynamics on Earth.

Since we live on Earth, and this post is ultimately about Earth being a closed system, I present below the Earth’s population over the past 500 years:

Again, we see massive growth around 1950, and little signs of this slowing down. But again, from population dynamics, we know that Earth is a closed system, so at some point, the population should level off.

Some scientists have us leveling off at 9 or 10 billion. Most projections have us between 6 and 17 billion in the year 2100.

These questions are outside the scope of this post, but leads us to my next point on the discussion of Earth being a closed system.

The Most Important Variable so Often Ignored: ENERGY

When you get out of bed in the morning, what do you do?

Your muscles move in such a way that allows you to roll off the bed and stand up. How do your muscles do this?

Your muscles tap into your body’s energy stores.

Where does your body get this energy? Easy, food.

Where does this food come from? The grocery store, which got it from a farm or food processor.

How did the farm or food processor get the food?

I think you get where I’m going.

ENERGY drives everything in our world.

Since energy drives everything in our world, why do economists, politicians, “experts” and talking heads ignore it? Let’s dive in a little more.

How Energy has Affected Population Growth

Again, I’m sure this is obvious to you since you learned this in history class in high school, but it’s worth repeating.

At the start of the 1800’s, the Industrial Revolution took place and brought extreme change to the way people went about their daily lives. Innovation and new technologies allowed humans to go places faster, do more work and produce things more efficiently.

Steam powered engines, the ability to mass produce steel and iron, and advancements in agriculture allowed people to live more comfortably and build up society to do things that were unattainable in the past.

Because of these developments, more people were needed for growth and building, and the population started to explode.

Over the next 200 years, more technological developments and growth allowed the population to keep its steady pace upwards. Electricity, oil discoveries, solar, wind, and nuclear energy advancements, all of these contributed to a surplus of energy which allowed humans to research and discover new and more efficient ways to produce food, build real estate, and create the society we know today.

Here’s the thing though: while yes, there have been strides in renewable energy, we cannot ignore the fact that the majority of the world is still very dependent on oil and fossil fuels. As we know, the Earth is a finite mass, and a subset of the Earth (oil) is also finite.

If energy drives growth and productivity, and one of the main sources of our energy disappears, what will be the result?

The Interplay of Energy and Earth Going Forward

While the financial media typically stays quiet about energy outside of the cost of different commodities, there is quite a bit of talk about it among academics and politicians (though not always as thoughtful or well-meaning as we may like).

Certain people argue that since humans are a dynamic species, we are adaptable to our different situations. Over time, if we run out of oil, we can find some other energy source which will fit our needs.

While this sounds great, in reality, people have been working on alternative energies for the past 50 years and these energies still aren’t as efficient as we’d like (or there is some other force blocking the widespread use – potential rabbit hole here).

Other people argue that the world is undoubtedly finite, and the rate at which we are using oil and other fossil fuels is unsustainable, and because we are so dependent on this type of fuel, we are in for a rude awakening.

Countries and businesses are spending more money, going into more debt, and getting less return on their investment for less of a yield.

Is this sustainable? Are new technologies on the rise? I don’t know.

I don’t know how the future will look, as I don’t have a crystal ball, nor does anyone else.

My point of this is to highlight that we cannot ignore something so fundamental to living and daily life in our macro projections.

Energy, population dynamics, and the environment drive the economy… it’s not the other way around

This statement is worth repeating since it’s so important: energy, population dynamics, and the environment drive the economy… it’s not the other way around.

I’ll be going into more detail in later posts in this series, but some statements which automatically fall out of this statement are worth mentioning here:

Again, I will touch on a number of these later on in this series, but wanted to make these statements here to get the ball rolling.

Keep these concepts in mind in the upcoming posts

As I’ve mentioned before on this blog, I’m not an expert, but want to write in such a way which will spark original and critical thought in your brain.

Consideration of the impact of energy on the economy, productivity, and markets is critical and should not be ignored.

The world we live on is not infinite, and as a result, we should take care in our discussions to consider this.

In the upcoming posts, I will be talking about some concepts which are fundamental to the financial system today:

I’m searching for the truth, and while I’m not there yet, this will be a fun set of posts for me to learn more about the world, and hopefully give you some good food for thought.