An Easy to Understand Guide to Banking for Non-Bankers 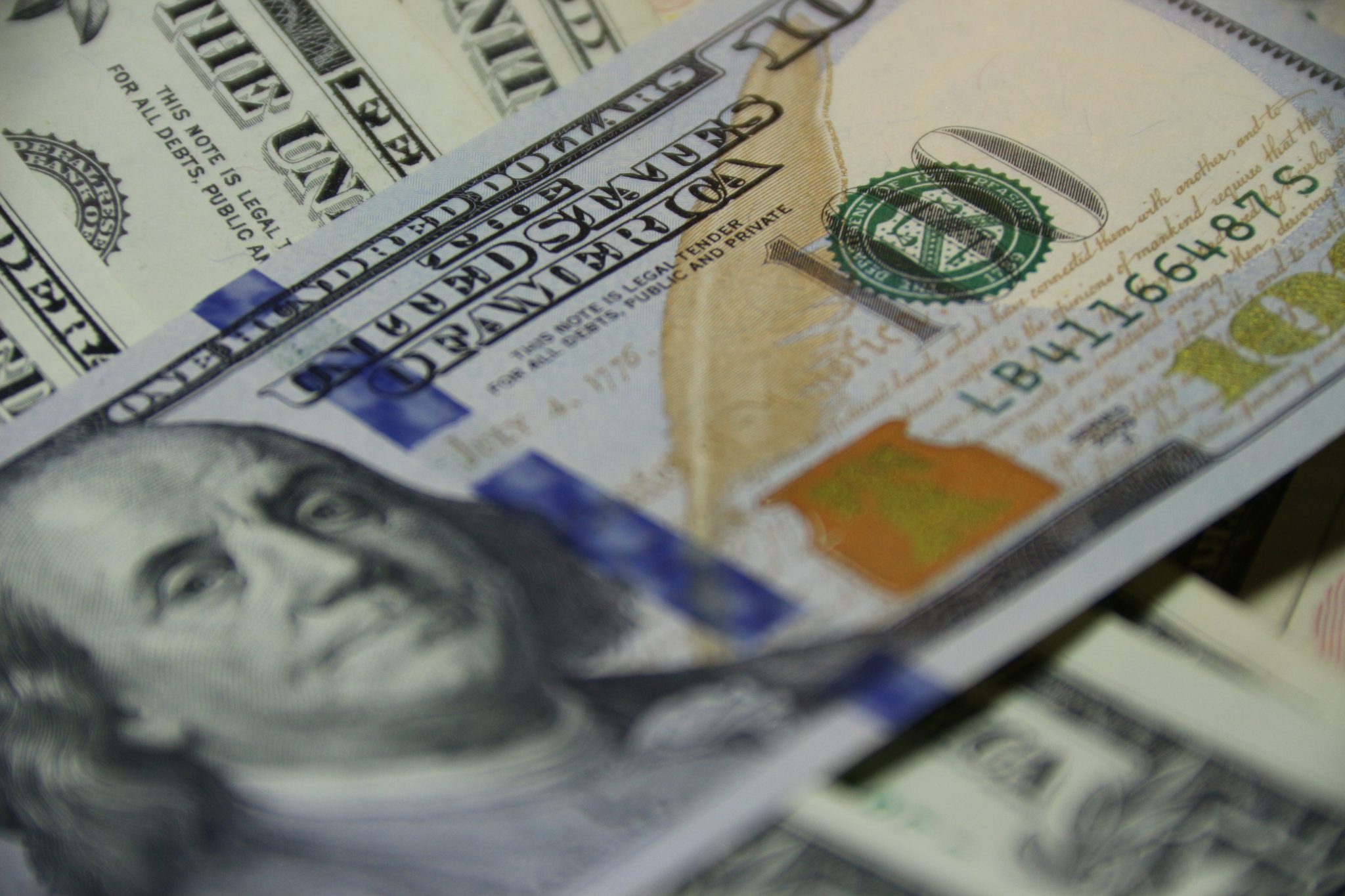 The world of banking can be confusing for many people, but it’s not too difficult to understand.

Banks have a lot of control and power for the money supply in the world. Without banks, economic systems could not flourish, and investment couldn’t happen.

However, a lot of the banking actions and processes are not known.

Where does money come from? Where can I store my money? Is it safe? Can people create money? If so, what are the consequences of creating money from nothing?

In this post, I will be giving you a guide to banking for non-bankers. I will try to take complicated terms and concepts and share them ways you will be able to understand 🙂

The Origins of Banking

The first banks were created to store peoples’ money and goods. Back then, a bank’s purpose was to be a safe storage place for an individual’s or businesses’ assets. For a small fee, the bank would hold a person’s gold or valuables for a later time. These first banks were a place to store your wealth.

As these financial institutions built up stores of wealth, they now had the potential to make loans and give credit to business owners and trustworthy individuals.

At first, credit was given for agriculture, but over time, credit would be extended for a number of reasons. Something to note, these loans were taken out of the existing pile of wealth, and without existing deposits, could not occur.

Different Types of Banks Today and their Functions

Over time, these simple banks which took in deposits and lent out what they could to trustworthy parties became much more complex in their nature.

While there are many sub-varieties of banks (which I’ll get into shortly), there are two main types of banks that dominate the financial ecosystem today: commercial banks and central banks.

Let’s go into more detail on these two types of banks.

Commercial (I’m referring to commercial here as a private bank – some might call this a variety of things: retail, investment, commercial, etc.) banks offer members of the general public financial products and services such as bank accounts, loans, credit cards and insurance.

These banks can be traditional, brick-and-mortar brands that customers can access in-person, online or through their mobile phones. Others only make their tools and accounts available online or through mobile apps.

As I mentioned above, there are a number of products and services these sorts of banks can provide:

If you live in the United States, I can guarantee you have interacted with a bank like this kind.

On the other hand, there is a type of bank which every day people don’t interact with.

Central banks manage the money supply in a single country or a series of nations. They supervise commercial banks, set interest rates and control the flow of currency.

In contrast to a commercial bank, a central bank possesses a monopoly on increasing the monetary base in the state, and usually also prints the national currency, which usually serves as the state’s legal tender.

Central banks also act as a “lender of last resort” to the banking sector during times of financial crisis.

Most central banks usually also have supervisory and regulatory powers to ensure the solvency of member institutions, prevent bank runs, and prevent reckless or fraudulent behavior by member banks.

Central banks implement a government’s monetary policy goals, whether that involves combating deflation or keeping prices from fluctuating. If necessary, they can lend money in rough economic times to keep the monetary system from collapsing. In the United States, the Federal Reserve System is the central bank.

The central bank should take actions which are independent of the political environment, but some people believe that isn’t always the case. (potential rabbit hole here 🙂 )

Now that we know what kind of banks there are, let’s talk about how banks make money.

The business model of commercial and private banks is quite simple. There are a few different ways to generate income at a bank, but the most common way banks make money is through interest income.

Interest income is received from the borrowers who are paying back their loans. For example, if you have a mortgage or a student loan, each month, you end up paying a portion to the principal balance and a portion to interest.

The interest rate on loans will vary, and these interest rates are determined through analyzing the risk involved with these products.

For an example, mortgages are less risky than credit cards. With a mortgage, depending on the state, if you don’t pay your mortgage, the bank can foreclose and take control of your house. Also, people need places to live, which incentivizes those people to pay their mortgage.

Credit cards are not secured by any property, and so if a person stops paying, the bank doesn’t get anything in return. Since there is more risk here in credit cards, the interest rate will be much higher to compensate the bank for the risk taken on.

Many banks will target an interest differential of at least 3%, meaning they will look to earn interest at a rate 3% higher than the interest they are paying out in loans.

While it’s a little bit more complicated than this, this goal points to why in recent years, mortgage rates stayed around 3%, while your bank account interest rate was roughly 0%.

To emphasize, banks want you paying interest – it’s the main money maker for them.

Other Forms of Income for Banks

Banks make money in other forms as well depending on the products which are offered.

A few well known forms of income for banks would be the fees that go into opening accounts and loans for a person (origination fees). Another form of income is overdraft fees. To transfer money and process payments, there are usually fees associated here as well.

Also, as I mentioned above, some banks offer financial services like financial planning, investment advice and wealth management.

Let’s dive into how banks work and operate now. To do so, we need to talk about fractional-reserve banking.

What is fractional-reserve banking?

Fractional-reserve banking is a practice where banks take in deposits and can make loans and investments using those deposits while only needing to hold a certain percentage of money in reserve. Since the majority of people don’t need all of their money at once, the bank doesn’t need to hold all of it and instead is able to use it for other uses.

In daily operations, banks in 2018 usually will have just 10% of all deposits in their cash reserves. This is where “bank runs” can be problematic because if just 10% of people need to take their cash out of the bank, then the bank is in trouble because this would represent nearly 100% of their cash reserves (again, it’s a little more complicated, but this is the general idea).

To complete this thought, these reserves are also in place for any losses the bank might experience.

How Banks Create Money Out of Thin Air and What is Monetary Policy?

News flash: banks can create money out of thin air. If you knew this congrats, and if you didn’t, maybe it’s a shock to you.

However, most people don’t actually understand how this process works.

In the modern economy, most money takes the form of bank deposits. But how those bank deposits are created is often misunderstood: the principal way is through commercial banks making loans.

Whenever a bank makes a loan, it simultaneously creates a matching deposit in the borrower’s bank account, thereby creating new money.

Let me explain through a simple example.

The short term rates which a bank is charged is the Fed Funds rate in the United States.

To further clarify this point, many people believe that banks are an intermediary between depositors and borrowers. Traditionally, this was probably the case, but in current times, this is not the case. Instead, as I just described, the banks can create money when they need to, and only need to hold a certain percentage of reserves to make sure they stay solvent and capitalized.

The process described above might happen thousands of times a day in the United states, and can be done without restriction in theory.

In practice though, risk needs to be considered, as well as a number of other factors like laws, shareholder expectations, and the overall economic situation (interest rates).

As I described above, banks are required by law to hold reserves to ensure they have enough back up for losses or customers wanting their cash.

As a result, this money creation process can’t go on unbounded.

In addition to this restriction, as a I mentioned, there are a number of factors which influence this money creation which I’ll talk about now: monetary policy.

Central banks, as we discussed above, set monetary policy through setting short term interest rates in the interbank  lending market.

Connecting all of the dots in this post, let’s remember how banks make money through interest income. If a bank has to borrow money at 2.5%, and the goal interest rate differential is 3%, then on average, they will hope to set the average rate on their loan products at about 5.5%.

The central bank moves this overnight rate up and down depending on the economic outlook. Two metrics which the central bank mainly focuses on is unemployment rate and inflation, but will consider a number of other factors in the economy.

At this point, we’ve covered banking almost in its totality, but a question that I want to plant in your head for further consideration is, will creating money out of thin air catch up to us eventually?

Will Creating Money Out of Thin Air Catch Up Eventually?

In the beginning of a credit cycle, money is easy and lots of credit is extended to individuals and corporations. This debt helps to inspire people to consume, build, and create things for the future. However, sometimes, some of this will fail to produce long term growth, and defaults will occur.

Over time, the economy becomes stagnant, slow, and  over weight with debt payments and productively decreases.

Creating money out of thin air in an excessive fashion will lead these sorts of cycles with some great periods and some not so great periods.

One point I want to make here is to make sure to consider energy as well. Debt is a claim on future energy. If money is printed to the high heavens, then this is the same thing as saying that energy is infinite.

While in the past, humans have innovated and made due with a number of energy sources, assuming this can continue to happen without consequence is a little short sighted (in my non-expert opinion).

Expanding credit and debt would require ever increasing production of energy sources, which in a finite world, may or may not be the case.

Again, I’m going to go into this in more detail in a later post, but wanted to plant it here since it’s relevant to this discussion on banking.

How Banking Works is Not Too Confusing

Even though I’ve worked at a bank for a number of years and thought I knew how banks worked, as I continued to dig deeper, I found that I didn’t know everything I should have known about the banking and monetary system.

In this post, we learned about what banks are, what services banks provide, how banks make money, and how banks can create money.

Being someone who is concerned in finding and writing about the truth in the economic system, examining how monetary policy is set, how money is created, and looking at how money enters the system is a fundamental piece to understand.

I’m not an expert, but hope that I’ve provided a pretty good overview of how banking works.